I’ve known these finishing powders to be a staple of women’s makeup dressers since 1987. This is one of Guerlain’s signature products, and I’m excited to finally own one.

I received this as part of a belated birthday gift, my first ever Meteorites.

My friend in Japan swears by this, and when she heard I probably wouldn’t purchase it myself, she took the matter into her own hands and sent me her favorite.

She debated over “the pearls” and “the pressed powder.” The pearls won out because (as the SA pointed out) the pressed powders are prone to shattering mid-transit. (I’ve heard various horror stories about this. Breaks my heart to think of all those broken pretties.)

They used to have more product (with bigger packaging) I’ve heard. I’ve seen comparison shots of the older version and the new, where the size difference was palpable. 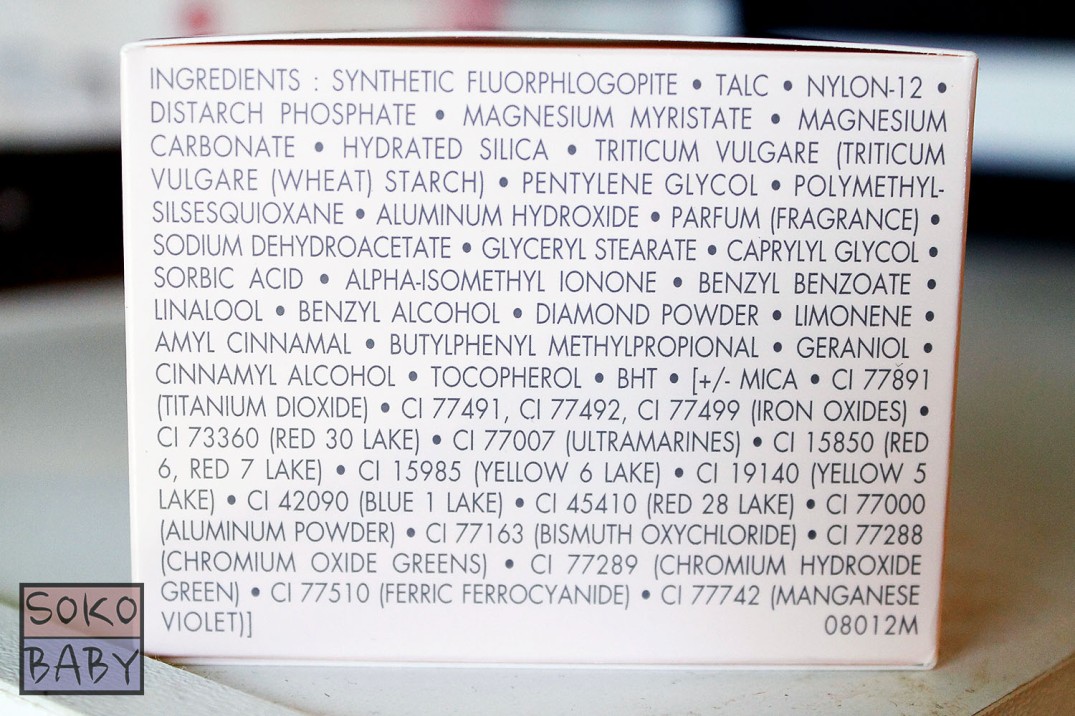 Japanese (and a tad bit of French) ingredient list 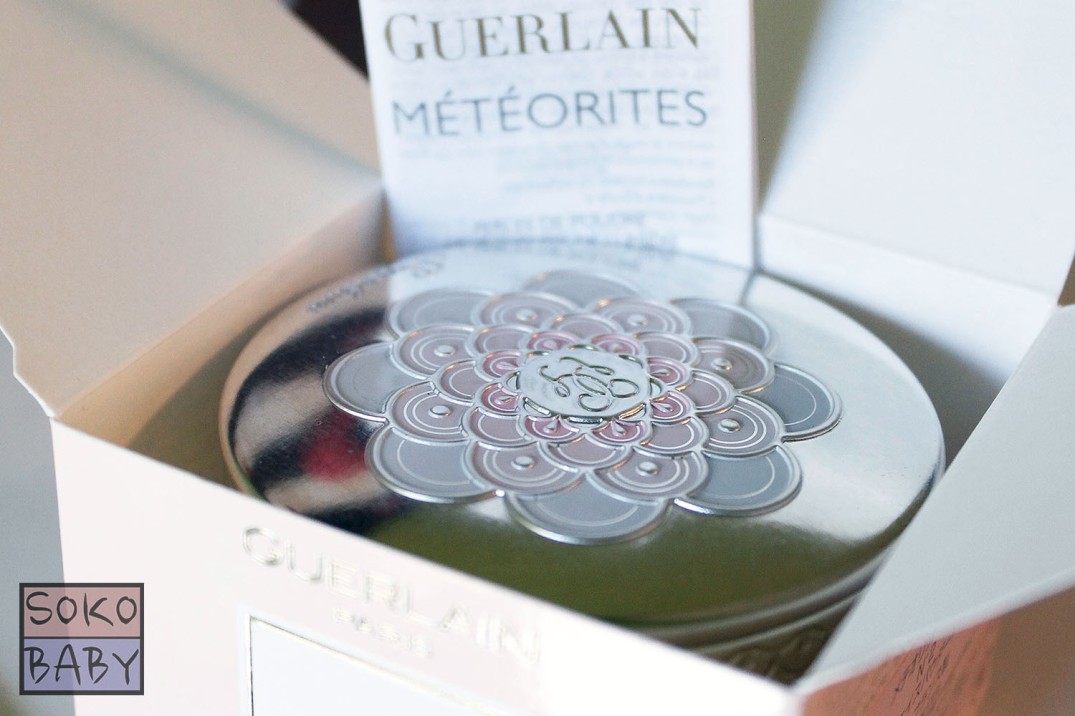 Guerlain does packaging right. Always. Everything I’ve seen from them so far was drop dead gorgeous.

Every season they come out with limited edition Meteorites which people collect; these have had a cult following since forever, it seems. They’re all rendered beautifully (my favorite was Holiday 2011 and 2015) and cost a pretty penny.

This is the permanent edition Meteorites in “Clair 02.”

Yes, this is the tin case you see atop many dressers, usually as one of the centerpiece. I’ve had friends confess that they “don’t even care if the product is good”; the tin and the pretty balls alone makes them happy. 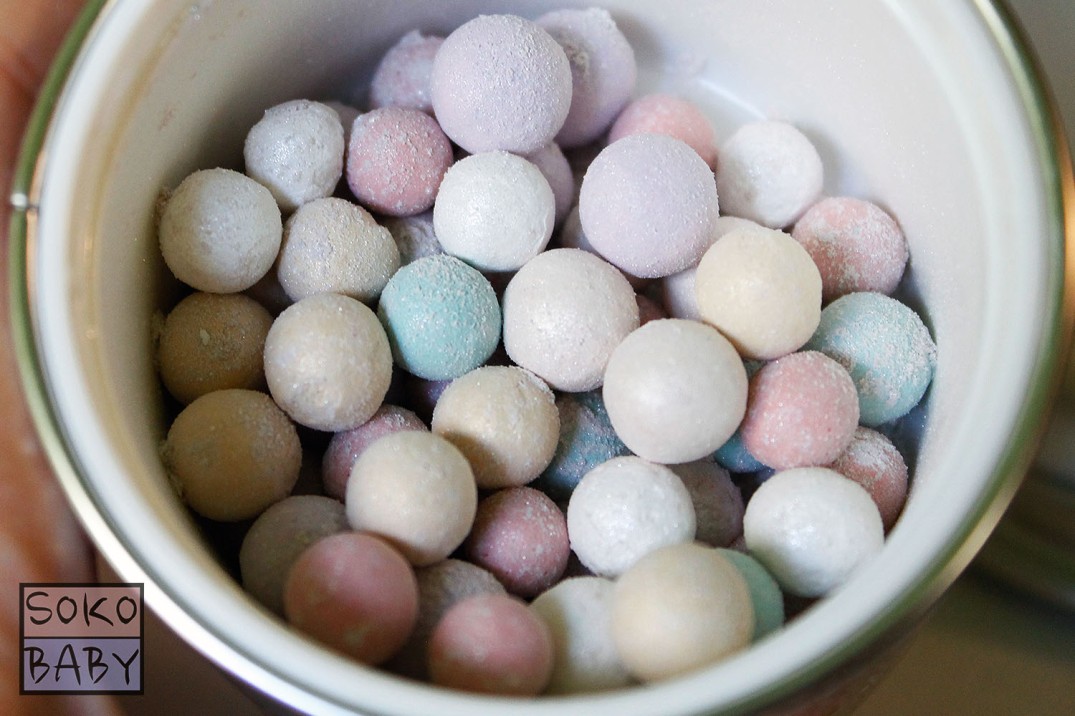 Swoon. They’ve gotten a bit thrown about during transit, but this is so pretty. (Dippin’ Dots anyone?)

I was taken aback to see how little product I’ve got… then realized this is actually more product than the “Givenchy- Prism Libre ($54 / 0.42oz)” that I’ve been using forever, which I still haven’t hit even the half-mark (it’s been a year).

So despite what this looks like, these will last you quite a while. 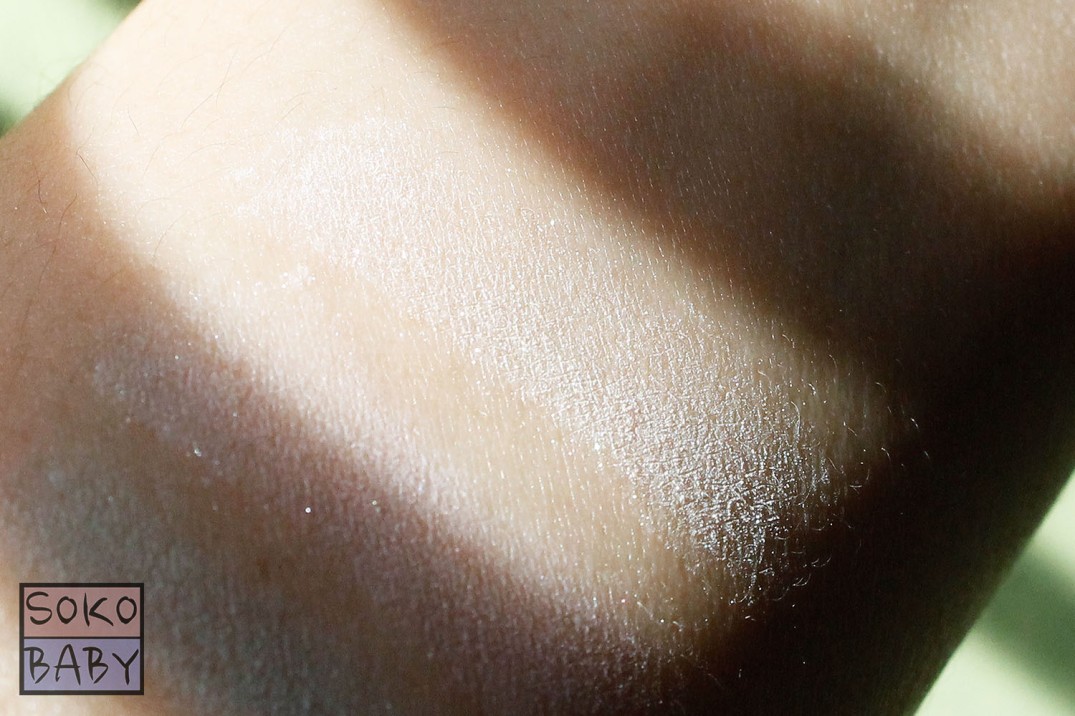 I ran each color multiple times over my skin to intensify the hue. It’s very subtle.

The powder is finely milled, not chalky. It smells like powdery candied violets. (this might be a plus or a minus depending on your tastes) You’re supposed you dip your brush against the pearls and swirl, buffing what you pick up gently across your face.

The different colors mixed together gives you a delicate illuminance/finish, one that corrects complexion and lends a subtle glow.

It wore pretty well throughout the day! (wish I could say the same for my blush..) Despite my dry winter skin, I detect that subtle luminance.

The Meteorites didn’t give me any more dry patches (and oily T-zone) than I usually get. There’s dryness on my chin and nose area, especially in the 11am shot, but it’s no more than my usual fare.

It’s not a necessity to me, but I’m very happy to own it. It does what it claims; it will be used and it will last me a while.

How do you like the Meteorites? Do you feel like it’s a necessity? Do you collect Guerlain’s LE items? If you do, which edition would you dub your absolute must-have?